What Adobe phasing out SWF and FLV means for video translation

SWF and FLV (and later F4V) were once dominant formats for online videos, including marketing content, e-Learning courses, and online sites like YouTube and Hulu. They’re also, however, buggy formats, SWF most notoriously, and they created problems for video translation projects like subtitles and dubbing.

In today’s post we’ll look at what phasing out FLV and SWF means for localization, and how to prepare for it.

FLV and SWF – a history

FLV and SWF became ubiquitous formats as Adobe Flash, Premiere and After Effects started to dominate the market for online video.

FLV was generally used to compress larger video content from SD or HD sources, so that they could be played, or streamed, over the internet. Because the format interacted seamlessly with Flash Player, and Flash Player became ubiquitous, FLV did as well. FLV was also an OK format – it supported codecs that could compress video at low bit rates but still maintain a decent image quality.

SWF (pronounced “swiff”) has a very different story – it was created initially by FutureWave Software in 1996 as part of a program called FutureSplash Animator. Macromedia bought the program that same year and called it Flash, and the format Shockwave File (they already used “Shockwave” as a brand) – thus the name SWF. Adobe bought the program after that, and retained the naming for the most part. The SWF format used a very low frame rate of 15 fps and compressed audio at low bit rates, which meant that the files were minuscule, and could be downloaded over dial-up or low-bandwidth connections. It didn’t render video very well, however, meaning that SWF files could not be localized easily (or sometimes almost at all) without source files.

So why did Adobe discontinue them?

In a nutshell, better formats came along.

HMTL5 pretty much killed the SWF – the new specification is more stable and uses less bandwidth than SWF-based file structures. The backwards-compatibility issues with SWF were also addressed by HTML5. The death knell came when Adobe “discontinued” Flash and replaced it with Animate CC, which has HTML5 output but no SWF.

As for FLV, newer formats like MP4 (and the intermediate F4V) came along that were more secure, supported more codecs, and integrated better with online content (including HTML5). Thus, Adobe programs no longer support FLV: Adobe Media Encoder, Premiere and After Effects CC won’t output to FLV any more, though they'll still import it (for now).

The problem for localization

Translation often deals with legacy content that may be a few years old – meaning that you may see SWFs, FLVs and F4Vs. There are two main scenarios in which you may encounter them:

If you work in e-Learning, you’ve seen folders like this one:

It looks intimidating, but fear not – in the root folder, there should be an HTML (.html) file that you can click, usually called “story” or “index,” which will call up the course and play it in a browser like Chrome or Firefox.

e-Learning authoring programs have been publishing to SWF files for several years – Flash, of course, was the first program to use it, and Articulate, Articulate Storyline, Presenter and Captivate all followed suit. Fortunately, most e-Learning software is embracing HTML5, which uses a combination of graphics and audio files, so that legacy courses can re-publish in this format with minor tweaks.

This is where you may run into some trouble. Because Flash, Premiere and After Effects interfaced so well with FLV files, a lot of legacy content is saved as FLV. This includes videos incorporated into e-Learning courses, video games, marketing videos, and just about any other non-broadcast video environments.

For example, picture this workflow: an editor cuts green-screen footage in Premiere, then outputs the cuts as FLV files. Those are then imported into After Effects to add the backgrounds, and then the composited videos are output as FLVs once again. Those videos are then compressed at a lower bit rate for internet use – again, as FLV files. You now have a workflow completely dependent on FLV files, which also outputs to FLV files.

There are three options:

Any one of these processes will add a considerable file prep time, especially since re-encoding the video files may cause small issues with the rest of the workflow – for example, keying or titles may have to re-done on the videos, or code may have to be tweaked in final environments. It’s also good to plan for a QA of the re-done English during file prep, to make sure that it is completely bug-free before localization. Otherwise, mistakes will have to be fixed in multiple languages. The key, as with any localization project, is that proper prep is crucial if you want to avoid issues during the project – and even more so when dealing with legacy FLV and SWF files. 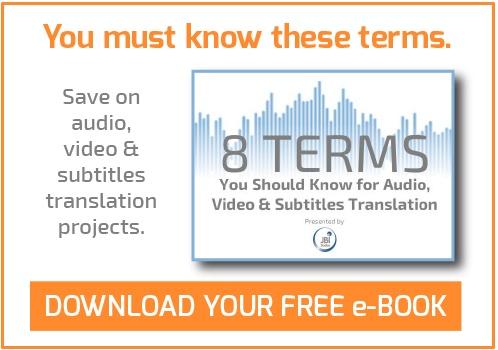